Ethical Hackers: The MacGyvers of Security

What is your image of a hacker?

In this What That Means video, Camille talks with Ted Harrington, author of HACKABLE: How to Do Application Security Right and the Executive Partner at Independent Security Evaluators. They get into the difference between a good and a bad hacker, interesting discoveries about hacking on dating apps, and how ethical hacking teams help improve security.

What Is the Difference Between a Good Hacker and a Bad Hacker?

Tom explains to Camille that hacking is a neutral action and that people can either use it for bad or good purposes. The difference is intent. Someone with malicious intent will hack into a system to exploit its vulnerabilities, while someone with a defensive intent will use hacking techniques to improve a system’s security. The latter is ethical hacking.

Beyond technical skills, Ted also shares the three most important qualities every ethical hacker must have: a problem-solver mindset, perseverance, and a relentless pursuit of excellence. These qualities, along with a true passion for ethical hacking, are what make someone a good hacker.

Ted’s team frequently researches new areas in hacking, with some interesting results. Some recent research uncovered how easy it was for hackers to manipulate data in dating apps. This could be done by changing the voting data of users such as swiping left and right on potential dating matches. The implications of this data manipulation involve users’ privacy and hackers potentially accessing their personal data.

Ted Harrington, Executive Partner at Independent Security Evaluators and Author of HACKABLE: How to Do Application Security Right 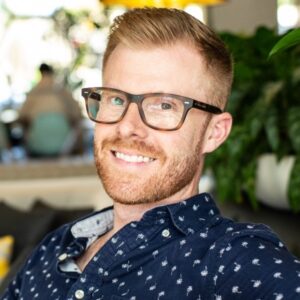 Ethical hacking pro Ted Harrington leads a highly skilled team of ethical hackers at Independent Security Evaluators (ISE). ISE has helped global companies like Google, Amazon, and Netflix fix security vulnerabilities. The company additionally founded IoT Village, which has won the DEF CON Black Badge three times. Beyond his work with ISE, Ted is also the author of HACKABLE: How to Do Application Security Right. You can learn more about Ted’s ethical hacking work on his website tedharrington.com.

If you are interested in emerging threats, new technologies, or best tips and practices in cybersecurity, please follow the InTechnology podcast on your favorite podcast platforms: Apple Podcast and Spotify.

How Do You Stop Attacks in Their Tracks? | Root of Trust | Intel Technology

Can You Spot a Deep Fake? Detection, Generation, and Authentication | Intel Technology